NLC should invite striking teachers rather than threatening them - Austin Gameh 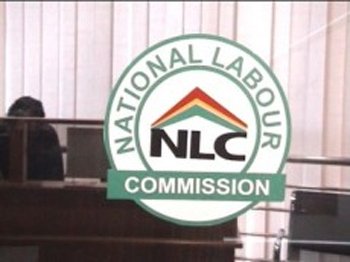 NLC should invite striking teachers rather than threatening them - Austin Gameh

A Labour analyst, Austin Gameh has advised the National Labour Commission (NLC) should invite striking unions again to discuss issues surrounding their strike rather than threatening to withhold their salaries.

The Commission last Friday instructed the aggrieved teachers and administrators to immediately resume work as government agrees to pay their allowances by January 29 2020.

The NLC in reaction to the development indicated that the striking unions may lose their salaries and subsequently their jobs if they fail to comply with the NLC's order.

Commenting on the development on Starr FM, Mr Gameh stated that the NLC should rather take its time and follow up on the striking unions resumption to work instead of making such statement.

Commenting on the development, Mr Gameh stated that:'' The only refuge we have in this country is the National Labour Commission. Is an independent body and they have the right to speak whatever pleases them but I think that because they are the only body that both employers and workers can go to, they have to hasten slowly in making the determination of cases which sometimes may be the preserve of the law court''.

''I don't support what the unions are saying. I think if you have a case , you must respectfully go to the National Labour Commission  (NLC) and have your matters redressed. The labour commission made an order and the unions must adhere to that. I think that in fairness, let the commission take its time and follow it up and see tomorrow if they will go to work, if they don't go you can invite them again to appear before you. The NLC cannot just say on radio that if the unions don't go back to the classrooms they will not be paid. This is not the work of the commission for the meantime''.

Meanwhile, the National Council for Tertiary Education says it has submitted data from the aggrieved tertiary education teachers and administrators to pave way for the payment.

“Vince, the President has scheduled a grand durbar to outdoor the newly…

Blessings, they say come in multiple folds and a young Ghanaian rapper is about…