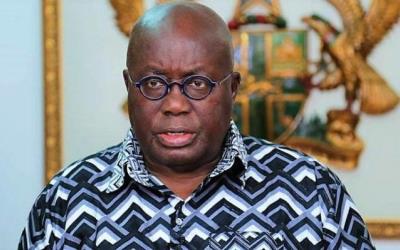 The opposition NDC has stated that President Akufo-Addo sees nor hears no evil when it comes to corruption amongst his government appointees.

According to them, the President ''sees or hears no evil when it comes to stealing and corruption by his officials''.

Their comment follows a viral video of which allegedly implicates Professor Frimpong Boateng in the missing excavators saga which has caused controversies in the political sphere.

Addressing a news conference today, February 6 2020, National Communications Officer of the NDC Sammy Gyamfi said that any serious government committed to the fight against illegal mining would have sacked Professor Frimpong Boateng by now

''Any government worth its name would have by now sacked or caused the arrest of the Minister of Environment Science and Technology Professor Frimpong Boateng who has become both a player and enabler of the illicit galamsey trade. It will be a complete waste of time for us to call for the dissolution for the Inter-Ministerial Committee against illegal mining and all other anti galamsey taskforce such as operation vanguard and so on because as for President Akufo-Addo he sees and hears no evil when it comes to stealing and corruption by his officials''.

''All those involved in the stealing of the 500 excavators and stinking rot that has engulfed Akufi-Addo's fight against galamsey must know that the day of accountability and reckoning is fast approaching.God will never forgive them ,and the good people of this country will never forgive them.It doesn't matter how long it takes,they will pay for their crimes under John Dramani Mahama.''

The NDC added that President Akufo-Addo has never been committed to the fight against illegal mining and corruption and this latest scandal is only a vindication.

NDC further stated that its ''clear that there was no fight from the onset it was a sham, it was all a ploy, it was all 419 for top government officials to take over the galamsey business''.

They say this missing galamsey scandal is a result of a ground scheme set up by Akufo-Addo to enrich NPP officials to finance the party. Adding that was the reason he set up the IMCIM and anti-galamsey committees with top NPP officials such as Ekow Ewusi, Charles Bissue amongst others.

However, Minister of Environment and Chairman of the InterMinisterial Committee on Illegal Mining (IMCIM) Professor Frimpong Boateng earlier disclosed that 500 of the excavators seized in the height of the fight against illegal mining has gone missing.

He later caused the arrest of the NPP Central Regional Vice-Chair Horarse Ekow Ewusi alongside 5 others over the matter.

5 things we learned from the Ghana Premier League matchday 10