I haven't commented on the Airbus scandal - Rawlings 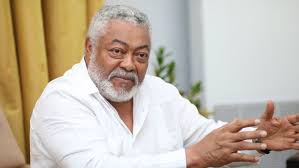 Former President Jerry John Rawlings has issued a statement saying that he has not commented on the Airbus bribery scandal.

In a statement signed by Kobina Andoh Amoakwa, Communications Director at the Office of Rawlings, he alleged that “certain unscrupulous persons have been putting out statements locally and internationally purportedly authored by him [Mr. Rawlings] or issued by his office.”

Since Ghana and 19 other countries were cited in the European aircraft manufacturing company’s scandal involving a $4-billion settlement by Airbus, Ghanaians have taken to social media to share their opinion.

While many, led by the governing New Patriotic Party (NPP) are calling on the erstwhile Mahama administration to respond to the allegations, others like the opposition National Democratic Congress (NDC) believe the reports are false.

But the former president who refuses to be dragged into the brouhaha has warned perpetrators to desist from the act.

He said he has also not commented on the distribution of ambulances by the Akufo-Addo government and the election dispute ruling in Malawi.

READ ALSO: Airbus scandal: All fingers point to John Mahama and he must respond - NPP (Video)

Find the statement below 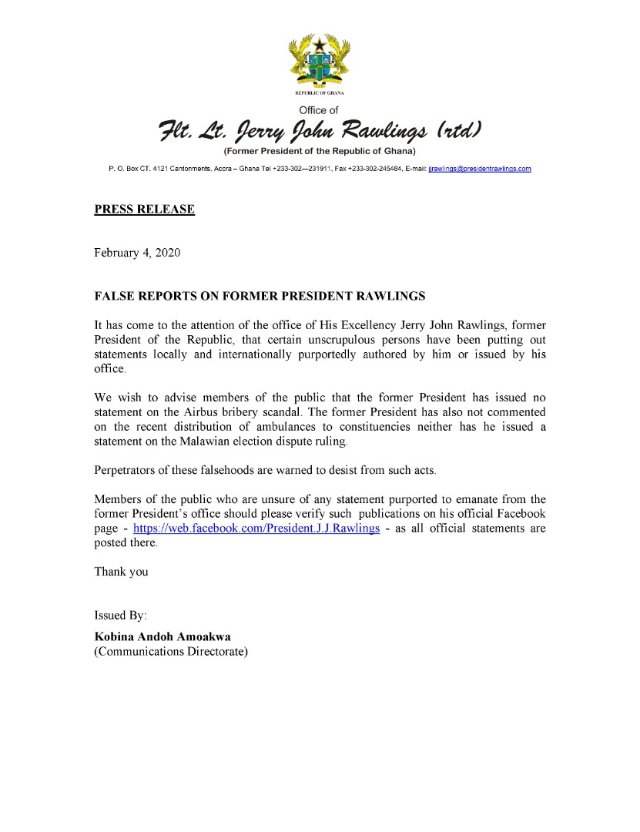 Health officials in China have published the first details of more than 70,000…

The Food and Drugs Authority, FDA says companies who imported the salmonella…

Liberty Professionals midfielder Abass Nuhu has expressed his excitement after…