GFA committed to ensuring the safety of fans - Tony Aubynn 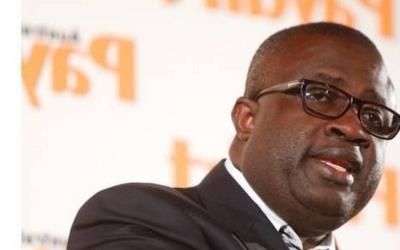 Executive Council member of the Ghana Football Association Tony Aubynn says the Association is committed to ensuring the well-being of supporters to troop to the various to watch matches.

His comment comes on the incident that happened at the Baba Yara Sports Stadium on Sunday's in Kotoko's 1-0 home loss to Berekum Chelsea where a supporter was shot by a Policeman.

Following the incident, the GFA on Monday slapped Asante Kotoko with a stadium ban.

A statement from the GFA read: Following incidents at the Baba Yara Stadium during Asante Kotoko's Premier League match with Berekum Chelsea on Sunday, the GFA Executive Council has decided to temporarily ban Asante Kotoko from playing its matches at the Baba Yara Sports Stadium pending the adjudication of the matter by the GFA Disciplinary Committee.

The GFA Executive Council at its meeting on Monday, January 13, 2020, decided to trigger the provision of Article 14(2) of the GFA Premier League Regulations.

Article 14 (2) of the GFA Premier League Regulations states that: "the GFA may order the closure of any league centre/venue where the safety of clubs, match officials and/or spectators cannot be guaranteed."

The GFA Prosecutor shall prefer charges against any person/party found to have breached any provision of the GFA Regulations or Disciplinary Code.

Speaking at the launch of the 2019/2020 MTN FA Cup, Aubynn said they will deliver football to Ghanaians to enjoy the game and he further lauded the Association for their swift response to Sunday's incident.

" I am glad that the FA took action against Kotoko for the crowd violence and the FA promises to deliver safety football to all Ghanaians, he urged fans to troop to the stadia and watch the game."