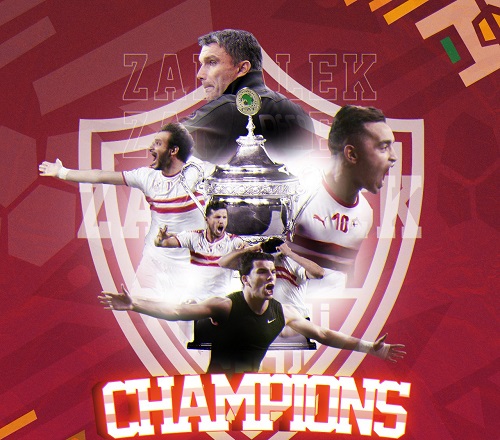 Second half brace from Achraf Bencharki propelled the Royal Club to defeat Espérance 3-1 as they are now four-time Super Cup winners.

The two sides came into the match by virtue of Zamalek from Egypt being the 2018–19 CAF Confederation Cup winners and Espérance de Tunis from Tunisia, the 2018–19 CAF Champions League winners,

Zamalek had the brightest of starts as they opened the floodgates early in the game. Obama shot them into the lead in the 2nd minute after heading home Mohamed Abdel-Shafi cross.

The Royal Club held their lines very well and took the 1-0 advantage into halftime. Espérance came into the game strong after recess in search of the equaliser.

Their effort was rewarded after being awarded a penalty. It had to take the intervention the VAR for the penalty to be awarded.

Hamdou Elhouni made no mistake from the spot as he sent the keeper the wrong way to level the score.

However, the equaliser did not last long as Zamalek restored their lead. Achraf Bencharki latched onto a loose ball and went on a solo run before placing the ball beyond the reach of the goalkeeper Moez Ben Cherifia.

Later, Moez Ben Cherifia kept his side in the tie after producing a saved from a long drive. However, he couldn't save his side in dying embers of the game to as Achraf Bencharki lobbed the ball over him to cement the victory for Zamalek.

Footballer gets five-year ban in France after biting opponent's penis

PSG have been afraid to play me - Neymar