iPhone will now feature a ‘menstrual’ emoji and gender-neutral characters 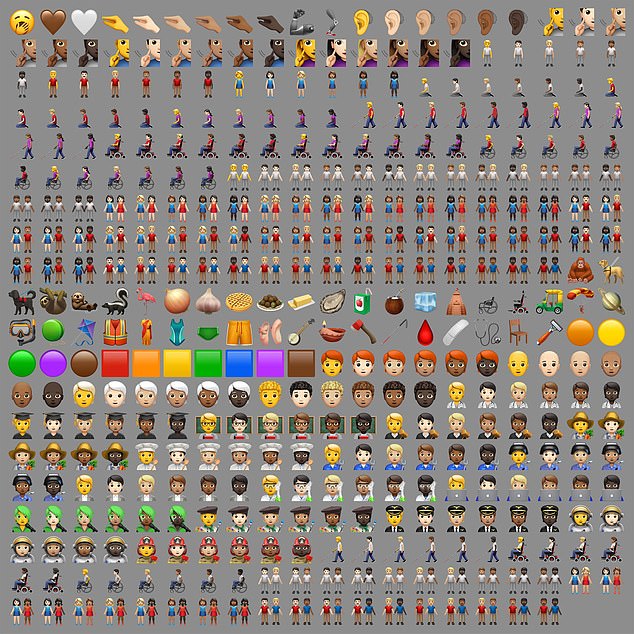 Apple has released new Emojis featuring gender-neutral characters and people with disabilities as part of its latest iOS software. Users will also now be able to select the ethnicity of each character in the 'holding hands' emoji, while a drop of blood designed to represent menstruation has been introduced following a campaign to fight period stigma.

The new designs are part of more than 350 emoji approved earlier this year which have now been released to Apple users as part of the iOS 13.2 update. Many of the character-based emoji now also include a gender-neutral option alongside a male or female version.

Icons showing hearing aids, wheelchairs, prosthetic limbs, and guide dogs are among the latest set of emoji from the Unicode Consortium, the body which maintains and regulates the library of characters. Website Emojipedia, which is part of the Unicode Consortium and details icons found in updates, posted images online of the new gender-neutral emoji choices.

Last year, Apple said it wanted to improve the representation of those with disabilities, submitting a number of designs to Unicode after consulting a number of campaigns and charities on the issue.

READ ALSO:  Check out the first Ghanaian celebrity to own iPhone 11 Pro Max

In response to the introduction of the icons, Plan International UK's chief executive Rose Caldwell said: 'We are thrilled to see the arrival of this long-awaited blood drop emoji, which signals a real breakthrough in the fight against period stigma.

'Girls, women and other menstruators told us this emoji would help them talk more freely about their periods, which is why we campaigned so hard to make it a reality. 'But this is only one part of the solution.

'We know that girls around the world are being held back because of their periods, whether that's the one in five girls here in the UK who are bullied and teased, girls in Zimbabwe who have dropped out of school because the recent cyclone destroyed their period-friendly toilets or those living in refugee camps in Bangladesh who can't access period products since fleeing their homes.

'Period poverty will not stop until we fix the toxic trio of affordability of products, lack of education and period shame. We hope this emoji helps to keep the conversation going.'

The software update also includes the introduction of Apple's new Deep Fusion photography technology, which uses machine learning to take and quickly analyse multiple photos before piecing together the best parts into a single image.

A new privacy control that enables users to opt-out of allowing Apple to store interactions with its voice assistant Siri has also been introduced.

iPhone and iPad users can access the new emoji by opening their Settings app, selecting General and then Software Update before confirming the installation of iOS 13.2.

The National Democratic Congress, NDC has asked the Office of the Special…